Sinkholes are voids in the ground formed by water erosion of the underlying ground—serious damage may result. Sinkhole detection and location is, therefore, very important.

Sinkholes are most common in areas of limestone or other rock that can be easily dissolved by water. The water can be natural water circulating through the ground or due to a burst mains water pipe or sewer. As the void gets bigger, a point is reached when the land cannot support itself, and collapse occurs.

In urban areas, sinkholes can cause damage and the collapse of buildings and roads. It is therefore important to detect and locate sinkholes and voids as early as possible before damage occurs.

GPR is an excellent way of detecting and mapping out the extent of sinkholes and subsurface voids; however, site conditions may affect its effectiveness. For example, the geology may affect the survey, or wet ground conditions may limit the signal penetration depth.

GPR is a non-intrusive and non-destructive method of surveying the sub-surface that is ideal for sinkhole detection and location surveys.

We typically use a GSSI dual-frequency GPR system with a digital dual-frequency antenna utilising central frequencies of 300 MHz and 800 MHz. Scanning with several different frequencies enables us to cover a wider depth range at the best resolution.

The following photograph and data are from a survey to locate sinkholes and general voiding in an area of asphalt pavement and carriageway. We scanned the area of interest on a regular orthogonal grid; the “tramlines” in the snow are from the GPR antenna traversing the area on the regular grid; we work in all weathers!

The GPR survey successfully detected a sinkhole and determined its extent.

The GPR radargram extract above shows an annotated radargram confirming the extent of a detected sinkhole. 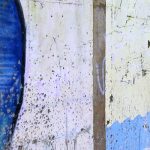 Ground Penetrating Radar (GPR) enables you to see into the sub-surface to determine construction detail and locate hazards and obstructions in concrete. Concrete is a … END_OF_DOCUMENT_TOKEN_TO_BE_REPLACED

Our current Euro GPR Certificate of Membership confirming Sandberg membership. Sandberg work and comply with the EuroGPR code of practice, which has been endorsed by the … END_OF_DOCUMENT_TOKEN_TO_BE_REPLACED

Sinkholes are voids in the ground formed by water erosion of the underlying ground—serious damage may result. Sinkhole detection and location is, therefore, very … END_OF_DOCUMENT_TOKEN_TO_BE_REPLACED 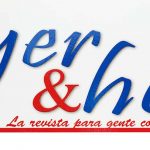 I was in Jadisa, the Mercedes dealer in Jaen, Spain, waiting for my car to be serviced, when a magazine article caught my eye. A Ground Penetrating Radar article! It was in … END_OF_DOCUMENT_TOKEN_TO_BE_REPLACED

Concrete scanning is a loose term which covers a range of non-destructive techniques to establish detail within the concrete subsurface. It is much more than just rebar … END_OF_DOCUMENT_TOKEN_TO_BE_REPLACED